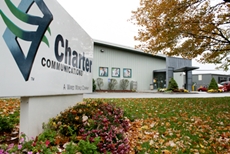 The nod comes just a few days after the US Department of Justice approved the deals, but still requires the approval of California's public utilities commission.

FCC's approval requires Charter to provide high-speed internet access to another two million customers within five years, with one million served by a broadband competitor.

''The conditions are largely extensions of the longstanding consumer friendly values and practices of our company, and based on the commitments we put forward during the review process. Charter will be a stronger competitor in the broadband and video markets, well positioned to deliver these benefits and more to consumers."

Charter agreed to a number of conditions as part of the FCC approval.  Many of the conditions either codified or reflected specific commitments Charter offered proactively at the beginning of the transaction review process, including no data caps or usage-based billing, a commitment to build high-speed broadband service to unserved and underserved customers, the fastest low-income broadband program of any major service provider, and settlement-free peering.

The merger between Charter, Time Warner Cable and Bright House Networks will create the second-largest cable TV company and Internet service provider, and the third-largest pay TV provider, in the US, with more than 23 million customers.

Malone, known as ''The King of Cable'', built a small Denver cable company into the into the US' largest cable network in the 1980s.

Malone, 72, wants cable companies to grow larger to allow them to take on content owners such as Walt Disney, Twenty-First Century Fox Inc and others, who increasingly squeeze cable and satellite broadcasters for higher fees at the expense of their margins.

Analysts point out that Charter's merger with Time Warner Cable will be one of the media industry's largest merger deals.