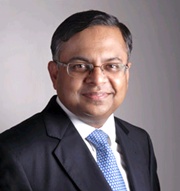 As part of the agreement, Bharti Airtel will absorb Tata Tele's operations across the country in 19 circles (17 under TTSL and 2 under TTML). These circles represent bulk of India's population and customer base, Tata Group said in a release.

The proposed merger will include transfer of all the customers and assets of Tata consumer mobile business to Bharti Airtel, further expanding Bharti Airtel's overall customer base and network. It will also enable Bharti Airtel to further bolster its strong spectrum footprint with the addition of 178.5 MHz spectrum (of which 71.3 MHz is liberalised) in the 850, 1,800 & 2,100 MHz bands.

''Bharti Airtel will ensure quality services to Tata CMB's customers, while offering them the added benefits of its innovative product portfolio, access to superior voice and data services, mobile banking, VAS and domestic / international roaming facilities. Tata CMB's operations and services will continue as normal until the completion of the transaction,'' a Tata Group release stated.

Tata and Bharti Airtel will work together to further explore other mutual areas of cooperation, that will be value accretive for both the groups. The transaction will also provide Bharti Airtel with an indefeasible right to use (IRU) for part of the existing fibre network of Tata, it added.

The merger is being done on a debt-free, cash-free basis, except for Bharti Airtel assuming a small portion of the unpaid spectrum liability of Tata towards the DoT, which is to be paid on a deferred basis.

The employees of Tata will be demerged on the lines of the two businesses, ie, CMB and EFL (Enterprise and Fixed Line and Broadband), and post an optimal manpower planning will be moved accordingly.

Tata is also in initial stages of exploring combination of its enterprise business with Tata Communications and its retail fixed line and broadband business with Tata Sky. Any such transaction will be subject to respective boards and other requisite approvals, the company said.

Tata will also retain its stake in Viom, and will take care of the liabilities associated with it.

''This is a significant development towards further consolidation in the Indian mobile industry and reinforces our commitment to lead India's digital revolution by offering world-class and affordable telecom services through a robust technology and solid spectrum portfolio. On completion, the proposed acquisition will undergo seamless integration, both on the customer as well as the network side, and further strengthen our market position in several key circles. Tata customers will be able to enjoy India's widest and fastest voice and data network, and bouquet of Airtel's best-in-class products and services,'' Sunil Bharti Mittal, chairman, Bharti Airtel, said.

''The acquisition of additional spectrum made an attractive business proposition. It will further strengthen our already solid portfolio and create substantial long-term value for our shareholders given the significant synergies,'' Mittal added.

Bharti Board which met this afternoon has approved this transaction.

''We believe today's agreement is the best and most optimal solution for the Tata group and its stakeholders. Finding the right home for our longstanding customers and our employees has been the priority for us. We have evaluated multiple options and are pleased to have this agreement with Bharti,'' N Chandrasekaran, chairman, Tata Sons, said.

The boards of Tata Sons, TTSL and TTML have approved this transaction.

The acquisition will enable Bharti Airtel to close the gap with Idea-Vodafone combined - both in terms of number of subscribers as well as revenue market share. Airtel has nearly 280 million mobile phone users in India. Airtel will also get access to a ready network including 4G bandwidth in the much-sought-after 800 MHz band along with the fibre backbone.

For Tata, the telecom business is a huge liability with a debt of Rs31,000 crore and a huge interest outgo.

Reports, quoting analysts said this could be a prelude to other deals involving mobile, landline, broadband, and TV as is being witnessed in the Americas, Europe and elsewhere in Asia.