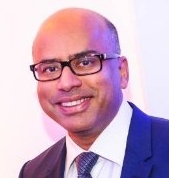 Sanjiv Kumar Gupta, founder of the UK-based Liberty House, has emerged as the great hope for when Tata Steel initiates the formal process to sell its UK assets, which is expected to begin on Monday.

''I am pleased to report we had a positive meeting today. The UK government appears highly supportive and is proactively engaged in finding a long-term solution," Gupta is quoted as saying after his meeting with Javid.

''The next step is for Tata to define the formal sales process and request indications of interest from potential buyers. We await further details on this and then will assess our own next step.''

Gupta is also not new to takeovers.

Ten days ago, Tata Steel UK announced it has reached an accord to sell its Clydebridge and Dalzell steel facilities in Scotland. The deal involved the sale of the two plants to the Government of Scotland, which was in turn to sell them on to Liberty House.

Prior to that, Gupta's group had acquired a 1.5 million tonnes per annum steel plant in Wales that was set up as an integrated producer of steel based on the electric arc furnace route with a downstream hot rolling mill.

This complex was shut for over two years before Liberty's takeover. Now the mill's operations have commenced and plans are on the anvil to eventually revamp the steel melting shop and grow the rated capacities of the mill, a testimony to Gupta's turnaround skills.

Liberty's other investments include medium-sized mills and service centres in markets such as India and Ghana to strategic stakes in large producers, like a 2.5 million tonne per annum mill for steel and value added products.

As per the group's website, it operates from four financial hubs in London, Dubai, Singapore and Hong Kong with a network of offices spread across 30 countries around the world.

And "SKG", as Gupta is called by his peers, comes from a successful business family of Punjab. The 44-year-old left for Britain when he was 12 years old as a resident student at St Edmunds College, Canterbury, in Kent.

He graduated from the Cambridge in 1995 and was subsequently awarded a master's degree from Trinity College. Since then, he has been trading in Asia, the Middle East, Europe and Africa.

"From 2000 onward, SKG's focus has been on growing the trade in steel, metals and raw materials while developing the industrial asset base of the group," the Liberty website said.