Tata Power yesterday filed a writ petition in the Bombay high court against the Maharashtra government, which in a memorandum had asked it to continue supplying 360 MW of power to Reliance Infrastructure at a regulated rate of Rs3.70-4.40 per unit. 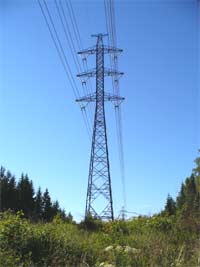 The company also requested the court to quash the report of a five-member panel chaired by the state chief secretary on this issue.

Tata Power has also made Reliance Infrastructure, the BEST and Tata Power Trading Co as respondents.

''Tata Power has also sought an ad-interim order restraining government entities from taking any further action till the final decision on its writ petition,'' the company said in a statement.

The company said it is ''distressed that its rights and customers interests are being sacrificed for the benefit of one operator. The recommendation of the state government further supports an inefficient distribution licensee who has repeatedly failed to fulfil its obligation to arrange power for its consumers as stipulated under the Electricity Act, 2003.The decision taken by the government does not factor in the fact that Reliance Infrastructure's 160 MW load has shifted to Tata Power and hence its requirements also need to be fulfilled.''

According to the company, it was also disappointed that the 'sate load despatch centre' (SLDC) was not performing its statutory duty to schedule 160 MW to Tata Power-Distribution under the pretext that the matter has been referred by the state government to the regulatory commission.