Tata Motors has won a government tender for supply of 10,000 electric vehicles (EVs), emerging as the lowest bidder in global competitive bidding aimed at increased participation. 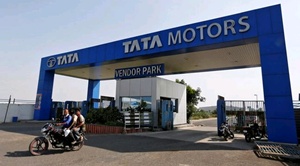 As per the tender, Energy Efficiency Services Limited (EESL), under the administration of the ministry of power, will procure 10,000 electric vehicles from Tata Motors Limited in two phases – first 500 e-cars will be supplied to EESL in November 2017 and the remaining 9,500 EVs will be delivered in the second phase.

EESL has been set up with the objective of facilitating faster adoption of disruptive technology solutions while balancing economic development and environmental sustainability.

With this initiative of aggregation of demand and bulk procurement EESL seeks to create a market for electric vehicles, a technology which is poised to boost e-mobility in the country.

EESL is seeking to leverage the immense potential of replacement of existing vehicles in the government departments for initial demand aggregation.

Tata Motor Limited quoted the lowest price of Rs10.16 lakh exclusive of GST in the competitive bidding. The vehicle will be provided to EESL for Rs11.2 lakh which will be inclusive of GST and comprehensive 5-year warranty which is 25 per cent below the current retail price of a similar e-car with 3-year warranty.

EESL's EV programme is a comprehensive solution to facilitate adoption of the disruptive technology in the country. Along with procurement of 10,000 EVs through international competitive bidding, EESL will also identify a service provider agency. This agency, also appointed through competitive bidding, will carry out end-to-end fleet management of the procured vehicles for the concerned government customer.

Apart from continuing to aggregate demand, EESL will also be responsible such as co-ordination between appointed agencies, monitoring and supervision, reporting, complaint redressal and payments.

As per the report published in May 2017 by Niti Aayog, making India's passenger mobility shared, electric, and connected can cut its energy demand by 64 per cent and carbon emissions by 37 per cent in 2030.

This would result in a reduction of 156 million tonnes of oil equivalent in diesel and petrol consumption for that year and at $52 per barrel of crude, this would imply a net savings of roughly Rs3,90,000 crore in 2030.

The shift to EVs through this programme will reduce dependence on oil imports and promote power capacity addition in India thereby enhancing energy security of the country and will also lead to reduction in GHG emissions from the transport sector.