European energy giant Royal Dutch Shell is considering selling some of its ageing North Sea assets in the wake of continuing downslide in global oil prices. 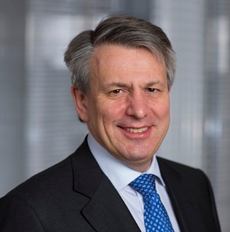 Shell's CEO, Ben van Beurden told the BBC that some older fields might be sold and others decommissioned

Ben van Beurden said that the company would "have to take a good look at the more mature assets in the North Sea".

"Some of them are in decommissioning mode, like Brent. Some of them are very late in their life, maybe therefore better owned by companies that can run that kind of business better and more efficiently than we can."

"And in other cases, we'll probably have to reconsider reinvesting in it, or maybe giving them another lease of life."

Shell, Europe's biggest oil company had in May said that it plans to raise $30 billion from asset sales in three years after it spent $54-billion in acquiring BG Group two months prior to the global fall in oil prices. (See: Shell plans to sell assets worth $30 bn)

Brent crude was at about $59 a barrel the day before Shell announced the BG acquisition in April last year and had crashed to around $30 a barrel early this year and continues to trade below $50, making it difficult for Shell to sell oilfields at a good price.

Though some investors had doubted the wisdom of buying BG as oil prices plunged after the announcement, Shell had argued BG gave it a leading position in deepwater production and liquefied natural gas (LNG), which allowed gas to be shipped around the world in tankers.

Ben van Beurden had defended the transaction by saying that the BG deal is an opportunity to accelerate the reshaping of Shell.

Plummeting crude prices have hit oil companies across the world and slashed earnings of other oil majors, including Exxon Mobil Corp and BP Plc, retarding investments in new oil exploration, while at the same time hitting investor returns.

The London-listed company, like other rivals, has scaled down on spending on new projects. It recently announced that it would reduce its planned capital spending over the next three years by $15 billion.

Shell reduced operating costs by $4 billion, or about 10 per cent last year, and plans to cut them by $3 billion this year end. It expects $33 billion of capital spending this year following the combination with BG, lower than a previous estimate of $35 billion.

For Shell, despite the cushion of its large refining and chemicals business, each $10 change per barrel in the oil price has an impact of about $3.3 billion on annual earnings.

The company planned to quit five to 10 countries as part of this retrenchment, with $6 billion-$8 billion in asset sales realised this year alone.

Shell is one of the world's largest energy companies and one of the six oil and gas super-majors with a market value of about €171 billion and annual revenues of $421 billion.

The Anglo-Dutch company operates in over 70 countries, produces 3.1 barrels of oil equivalent per day. It is also among the world's largest natural-gas companies and has sold 24 million tonnes of LNG last year.