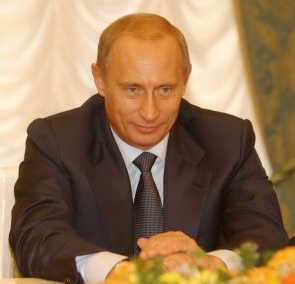 Royal Dutch Shell Plc, plans to expand the Sakhalin-2 oil and gas project in Russia's Far East, as it is keen to expand its foot print in the Asian energy market.

Putin also has plans for oil and gas routes to supply Asia, in a bid to tap increasing demand and ease the country's reliance on Europe.

Shell and state-run OAO Gazprom, its Sakhalin venture partner are pushing for 50-per cent capacity expansion before a new wave of supply reached markets.

Bloomberg quoted van Beurden as telling Putin yesterday that the company was very keen to expand its position in the Russian Federation. He added, the company looked forward with anticipation and confidence on a very long-term future in Russia.

Shell's commitment comes against the backdrop of EU and US sanction threats against Russia, including against its energy industry, the biggest contributor to the country's budget, over its annexation of Crimea from Ukraine (See: Exxon and Shell in legal limbo as Crimea may join Russia).

According to an AFP report, the meeting between the Shell chief and Putin comes as the latest signal from the Kremlin of its intention to keep ties with European big business despite the standoff between Russia and the West over Ukraine.

In a similar meeting on 26 March with the chief executive of Siemens, Joe Kaeser, the Russian president was reassured that the German industrial giant planned to go ahead with a long-term investment in Russia.

Van Buerden told Putin that Shell had already been working in Russia for over a century and wanted to carry on.

He added that the company had a long-term vision of cooperation with Russia and wanted to remain the country's reliable partner in the long term, according to AFP which quoted media reports.

According to media reports, EU states with significant economic interests in Russia such as Germany, the Netherlands and Italy, were reluctant to impose tough sanctions against the country over its intervention in Ukraine.