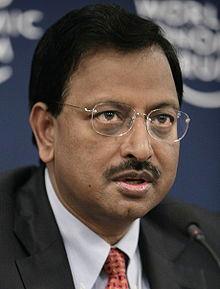 B Ramalinga Raju, the former chairman of erstwhile Satyam Computers, has moved a petition in the sessions court at Nampally challenging the validity of the sentence of seven years imprisonment handed down by the special court in the financial scam.

He moved a petition in the Sessions Court at Nampally today, questioning Thursday's judgment that awarded him a seven-year jail term in the Rs7,123-crore scam.

Ramalinga Raju, the founder-chairman of Satyam Computers, who was found guilty of the 2008 accounting fraud, was last week sentenced to seven years' imprisonment and a fine of Rs5 crore.

Along with Raju, his brother and former managing director of Satyam, Rama Raju, and eight others were also sentenced to 7 years jail and a fine after they all were convicted on several sections of the Indian Penal Code (IPC).

The charges include fudging, criminal breach of trust, cheating, forgery, impersonation and destruction of evidence. All the convicted persons were shifted to the Cherlapally jail the same day.

The special court had allowed all the accused to seek relief in a higher court.

Raju had pleaded for relief saying that his family was depended on him and also asked the court to consider the social service he had done.

Raju, a management graduate from Ohio University, founded Satyam in 1987, which had grown to become the third-largest IT services company in India.

But all that ended when Raju himself admitted to forging documents and falsifying accounts at his company, in what turned out to be India's biggest corporate fraud (Satyam's Raju admits to fraud and resigns).