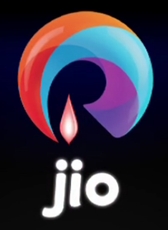 "The commercial launch of Reliance's telecom service (Jio) has been delayed from our expectation of early 2016. Significant delays in commercial rollout will defer ebidta generation, which in turn will impact the expected improvement in credit metrics," Moody's said in a note on RILs FY16 earnings.

While RIL remains committed to commercially launch telecom service in 2016, Moody's said it did not "expect the telecom business to generate positive cash flows for the next three years, as it will continue to require further investment over the same time frame".

Reliance had on Friday declared FY16 earnings, but did not indicate when Jio will launch 4G telecom and high-speed broadband services.

The company predicted a 13-per cent year-on-year ebitda growth for fiscal 2016 backed by improved refining margins and product spreads.

The firm is currently in the midst of its largest ever capex cycle wherein it is investing over Rs2.3 lakh crore across its energy and telecom business.

"Half of this investment has been funded by external borrowings, as a result of which there has been an increase in debt levels.

"Net borrowings have increased from Rs76,400 crore in fiscal 2015 to Rs95,000 crore in fiscal 2016. Consequently, RILs net debt to ebitda ratio has weakened to 1.8x as of March 2016 compared to 1.7x in the previous year, which resulted in credit metrics being at its weakest level in the past seven years despite an improvement in earnings," it said.

Moody's expected the credit metrics to improve once the ongoing projects start contributing to ebitda over the next 12-18 months while the company completes the current expansion by fiscal 2017.

"We expect fiscal 2018 to be the first full year cash flows coming in from the new projects," it said.

Earnings from upstream business continue to decline owing to falling production levels. "Production levels within the upstream segment continued to decline in a low oil price environment, which impacted the performance of the segment," it said.

Also, earnings from the US shale business reduced despite an increase in production as the average realised prices declined to $1.97 per million cubic feet during the quarter ended March compared to $3.43 for the quarter March 2015.