Renault SA will announce a technical plan to reduce diesel emissions of its vehicles in the coming weeks after a special environmental commission found that some of the French auto maker's cars exceeded emissions limits. 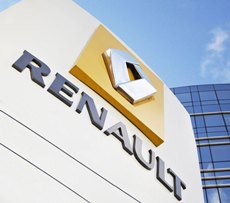 Thierry Koskas, the company's sales chief, said on Monday that Renault will unveil a plan that will explain how the auto maker intends to lower the emissions of carbon dioxide and nitrous oxide from its diesel cars that are currently under production and on the road.

Renault is seeking to win back consumer and investor trust after the government named the company among auto makers that sold cars in France in violation of pollution standards.

On Monday afternoon, Renault executives appeared before a closed-door French government commission to explain why some of the company's cars have exceeded emissions limits, according to a Renault representative and a commission member.

The tests are still under way, but Royal said last week that Renault and several foreign car brands were among those that had been found with excessively high exhaust emissions. The commission isn't expected to comment on the hearings until all the auto makers have met with the panel.

Koskas said Monday that Renault hasn't been found to have cheated on emissions tests. All of its models have been approved by the appropriate regulators to be produced in Europe, he said. About 63 per cent of Renault cars sold in Europe use diesel for fuel, he said.

Koskas acknowledged that Renault cars, like those of other European brands, emit more nitrous oxide and carbon dioxide under on-road driving conditions than under laboratory conditions. He said Renault still "respects all the rules" of laboratory emissions tests that are required for prototypes waiting to be approved for production.

Koskas didn't give a specific date for when the plan would be announced. He also didn't say whether the company expects any recalls of cars that are already on the road.

Renault's emissions problems in France come as Volkswagen is still trying to reach an agreement with US authorities for remedies for its diesel-powered cars sold in the US that were equipped with emissions-cheating software. Last week, California regulators rejected the car maker's plan to fix nearly 500,000 diesel-powered vehicles, calling it vague and inadequate. The US Environmental Protection Agency said it agreed with California's assessment.

Sales in Russia and South America - former engines of growth for Renault - have continued to decline. Sales in Russia, whose economy has been hit hard by the decline in oil prices, slid 38 per cent. Renault and its alliance partner Nissan Motor Co. control Russia's largest auto maker, AvtoVAZ, the maker of the Lada brand. Sales in the Americas region, which includes Brazil and Argentina, fell 15 per cent. Renault, which sells the vast majority of its cars under its namesake marque and the Dacia budget brand, doesn't make its cars available in the U.S. and has little presence in China.