RCom, Ericsson propose to settle matter out of NCLT

Shares of Reliance Communications jumped as much as 10.4 per cent in today’s trading following reports that the company has offered to settle an ongoing legal battle with Swedish telecom gear maker Ericsson outside the insolvency and bankruptcy proceedings. 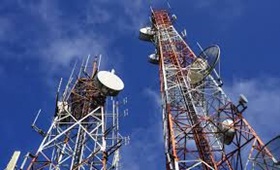 The company shares had nosedived by over 20 per cent in Wednesday's trade.
Reports quoting sources close to the development said both parties are holding talks to resolve the issue, but no formal offer has been made.
RCom shares rose as much as 44 per cent in intraday trade, boosted by reports of an out-of-court settlement with Ericsson, reports said.
After opening slightly weak at Rs10.45 against the previous close of Rs10.55, the stock touched an intraday high of 11.65 and a low of Rs10.05. In terms of equity volume, 9.42 million shares changed hands in the morning trade.
Ericsson, which had signed a seven-year deal in 2014 to operate and manage RCom’s nationwide telecom network, is trying to recover Rs1,150 crore in dues.
Ericsson has sought for more assurance, including bank guarantees, asking lender SBI to pay up in case the Anil Ambani-owned company doesn’t.
Lawyers from both sides are believed to have approached the National Company Law Tribunal (NCLT) Mumbai bench Thursday morning, asking for the appointment of the interim resolution professional (IRP) be deferred till 2 30 pm today.
An order from the National Company Law Tribunal (NCLT) Mumbai bench directing insolvency proceedings to begin against the Anil Ambani owned carrier is also expected today.
Any settlement could possibly help RCom to move ahead with the sale of its wireless assets to Reliance Jio for Rs18,000 crore and pare debt of Rs46,000 crore.
Both companies have not issued any official statements.
RCom's scrip was up 44.1 per cent at Rs15.20 on BSE in afternoon trade.
The Mumbai bench of the NCLT had, on Tuesday, admitted three petitions filed against the telco and its subsidiaries by Ericsson under the Insolvency and Bankruptcy Code.
The development had jeopardised RCom deal to sell its wireless assets to Jio. RCom is the second operator, after Aircel, to be hauled through bankruptcy proceedings.
Debt-laden RCom had shut its wireless operations in late 2017, after a merger attempt with Aircel fell through, and signed a deal with Reliance Jio in December to sell its spectrum, towers, fibre network and switching nodes for about Rs18,000 crore to repay lenders.
MORE REPORTS