Debt-laden Reliance Communications (RCom) on Friday said its lenders have agreed to a strategic restructuring plan for its Rs45,000-crore debt, under which it will get a 7-month standstill to service the loans. 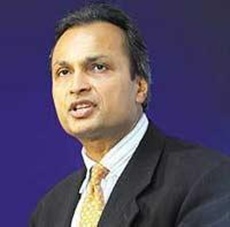 Billionaire Anil Ambani controlled Rcom said with the lenders approving a reprieve on its debt till December 2017, it hopes to complete two transactions that would help the company reduce debt by Rs25,000 crore or 60 per cent.

The lenders have proposed to give time of 7 months till December 2017 to complete its two transactions, and reduce debt by Rs25,000 crore or 60 per cent, the company said in a statement on Friday.

The company has been engaged in discussions with its lenders to finalise an overall debt resolution plan, with the objective of ''expeditiously closing the already announced strategic transactions'' and ''developing a sustainable long term plan for servicing the Company's remaining debt''.

RCom had earlier announced plans to merge its wireless operations with that of Aircel and sell its tower business to Brookfield Asset Management to immediately reduce debt from Rs45,000 crore to about Rs20,000 crore.

In the event the transactions are not completed in the above timeframe, the lenders may exercise their right to convert their debt into equity in accordance with SDR guidelines.

It will also repay Rs25,000 crore before 30 September post completion of these deals.

Meanwhile, the company also announced setting up of a new firm AirCom, the entity that will house the merged wireless business of RCom and Aircel. Reliance will hold a 50 per cent stake in the combined entity.

The new firm will be the third largest operator in the country in terms of customer market share and revenue market share with a subscriber base of 186 million.

Following this, RCom's overall debt will fall by Rs14,000 crore, together with the transfer of liability for spectrum instalments of an additional Rs6,000 crore.

Reliance is also looking at selling a strategic stake in its Global Cloud Exchange (GCX), an RCom subsidiary.