The former promoters of Ranbaxy Laboratories Ltd, Malvinder Mohan Singh and Shivinder Mohan Singh, have been asked by an arbitration court in Singapore to pay damages of Rs2,562.78 crore for concealing facts from Japan's Daiichi Sankyo Co Ltd when they sold their 34.82 per cent stake in Ranbaxy to Daiichi for $2.4 billion in 2008. The total deal value was $4.6 billion. 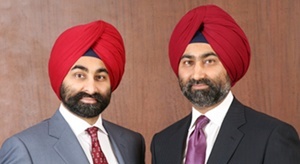 The matter relates to an investigation by the US Food and Drug Administration (FDA) of Ranbaxy's processes that was ongoing at the time of the investigation.

The Singapore International Arbitration Centre (SIAC), which provides neutral arbitration services to the global business community, issued the award against the Singh brothers after Daiichi filed an arbitration case in 2013 in Singapore, accusing the Indian promoters of concealment and misrepresentation of facts and seeking compensation for fines that it was forced to pay the US Department of Justice.

While Malvinder Singh declined comment, RHC Holdings, one of the respondents in the arbitration proceedings and the holding company through which the brothers made the sale, said in a press release that it was considering a legal challenge to the award. It added that the arbiters had ruled 2:1 in favour of Daiichi.

In 2013, Ranbaxy, under Daiichi's management, agreed to pay a fine of $500 million after pleading guilty to criminal charges made by the FDA and Department of Justice of ''falsifying data'' and ''concealing & misrepresenting'' in the manufacturing and distribution of drugs manufactured at its factories in Paonta Sahib and Dewas (See: Daiichi Sankyo accuses Singh brothers of concealing facts during Ranbaxy acquisition). Following this, the FDA banned products made at Ranbaxy's Indian plants in Mohali, Dewas, Paonta Sahib and Toansa from entering the US (Ranbaxy hit afresh by FDA; all its India-made products banned). Daiichi applied for arbitration the same year.

Arun Sawhney, who headed Ranbaxy between 2008 and 2015, told Mint newspaper he isn't ''familiar'' with the developments.

In 2014, Sun Pharmaceuticals Ltd agreed to acquire Ranbaxy Laboratories in an all-stock transaction at an enterprise value of $4 billion.

A year later, Daiichi Sankyo sold the around 9 per cent stake it acquired in Sun as a result of that deal for $3.2 billion and exited India.

A spokesperson for Sun Pharmaceuticals Ltd declined comment, saying the company has ''nothing to do with the case''.