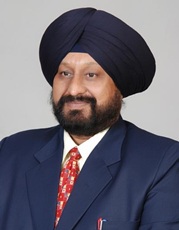 State-owned Power Finance Corporation (PFC) yesterday said that it may consider acquiring a bank or picking up stake in one, as the Reserve Bank of India is drafting guidelines on new banking licences, to be unveiled later this month.

The PFC board has decided to appoint a consultant to conduct necessary due diligence on the subject.

"Appointment of a consultant would be done shortly, and it would look into the possibility of converting PFC into a bank, or acquiring a bank, or picking up stake in a bank," the company's chairman and managing director Satnam Singh told reporters after announcing the company's quarterly results.

PFC would explore this possibility as the market for non-banking financial companies may be less lucrative in the long run. "We want to start this exercise as a long-term prospect ... say 15-20 years," Singh said.

Earlier this month, RBI deputy governor K C Chakrabarty said that RBI would come out with a policy discussion paper on granting new banking licences by the end of July.

Many business houses, including Religare, the A V Birla Group, Anil Ambani Group and Bajaj Auto, have evinced interest in acquiring banking licences.