State-run explorer Oil and Natural Gas Corporation (ONGC) has deferred its planned follow-on public offering (FPO) without assigning any reason, nor providing a new date for the share sale. 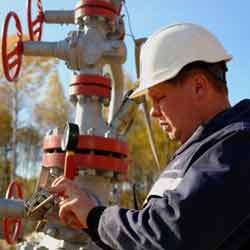 "The selling shareholder has decided not to proceed with the aforementioned Offer Programme and shall evaluate its decision in relation to the offer in due course," it said in a statement to the BSE.

ONGC had filed its Red Herring Prospectus on 5 September 2011, and planned to launch the offer on 20 September 2011. The offer was to have closed on 23 September.

The government had decided to delay the share sale, valued at around $2.5 billion due to poor market conditions, according to media reports.

The government holds a 74.14-per cent stake in ONGC, the country's largest oil producer by output, and had planned to sell a 5-per cent stake via the secondary share sale.

The FPO, orginally scheduled for March, was postponed several times this year, citing a slowdown in global markets and fuel price hikes.