Buyout firm Barring Private Equity Asia will acquire 30 per cent stake in NIIT Technologies for around Rs2,627 crore from its promoters and subsequently make an open offer for 20 per cent more in the company to take 53 per cent in the Indian IT company for about Rs4,890 crore. 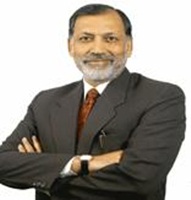 NIIT Technologies Limited, a leading global IT solutions organisation, on Saturday announced that Barring Private Equity Asia has agreed to acquire a 30 per cent shareholding in the company at an estimated cost of around Rs2,627 crore ($381 million).
Funds affiliated to Baring Private Equity Asia (BPEA) have signed definitive agreements to purchase approximately 18.85 million shares (or approximately 30 per cent shareholding on a fully diluted basis) of NIIT Technologies Limited from the company and its promoter at a price of Rs1,394 per share, NIIT stated in a release.
Subsequently, BPEA will make an open offer to the public shareholders of NIIT Technologies to purchase up to 26 per cent additional stake at a price of Rs1,394 per share, as per Securities and Exchange Board of India (Sebi) regulations.
The aggregate consideration for purchase of shares from promoter entities and the open offer is estimated to be around Rs4,890 crore ($709 million at the current rupee/dollar exchange rate of 69) based on ownership of approximately 56 per cent stake.
The transaction is conditional on customary conditions, including receipt of required regulatory approvals, including anti-trust and competition clearances from Competition Commission of India, NIIT Tech said.
“NIIT Technologies Limited, which became an independently listed company after demerger from NIIT Limited in 2004, has grown into one of the most innovative and trusted IT Services Company in India. The long-standing relationships with marquee customers, many spanning over two decades, are a consequence of a sharp focus on identified verticals, including, travel, banking and insurance and distinctive capabilities developed. The involvement of Baring Private Equity Asia will provide further impetus to the management team led by CEO, Sudhir Singh to take the company to the next level of growth,” Rajendra Pawar, chairman of NIIT Technologies Limited, said.
“We would like to thank everyone who has contributed in building NIIT Technologies into a leading global IT solutions company. Baring Private Equity Asia’s association will support the existing management team in capturing the opportunities in an increasingly digital world. This transaction will further support our growth from being No1 IT training company since inception in India to a global leader in talent development,” Vijay Thadani, vice chairman and managing director, NIIT Limited, said.
“BPEA is pleased to be investing in NIIT Technologies. We look forward to partnering with the company’s management team to continue to build the business over the coming years,” Jimmy Mahtani, managing director of BPEA, said.
Credit Suisse acted as the exclusive financial advisor to NIIT Limited and other promoter entities. Shardul Amarchand Mangaldas & Co acted as the legal advisor to NIIT Limited.
J Sagar Associates and Ropes & Gray acted as legal advisors to BPEA.
NIIT Technologies also announced the signing of definitive agreement to acquire 53 per cent stake in Wishwork IT Consulting, an IT services and consulting company specialising in MuleSoft and Big Data technologies. NIIT technologies propose to acquire the remaining equity in Wishwork IT technologies over the next two years through pay-outs linked to financial performance.
Besides, NIIT Technologies signed a definitive agreement for the sale of its entire 88.99 per cent stake in Esri India Technologies Ltd to the other existing equity shareholder Environmental Systems Research Institute, Inc (Esri, Inc). Esri India Technologies is in the field of Geographic Information System (GIS) using the distributionship rights of Esri, Inc.
MORE REPORTS