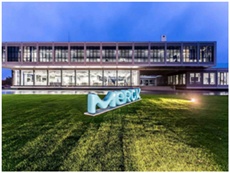 J PMorgan, which has been hired by Merck to assist in the sale, has invited bids for the business valued at about €4 billion ($4.8 billion), ahead of a 15 December deadline, the report said.

After divesting its Biosimilars business to Fresenius in early September for €670 million, Merck had said that it is examining strategic options for its Consumer Health business, including a partial or full sale of the business as well as partnerships.

Belén Garijo, who heads Merck's health care business, had earlier said in a statement that the company lacked the financial firepower to build its growing consumer health unit to the "required scale."

Merck's consumer health unit employs around 3,800 people, has 10 core brands that sells in over 40 markets and has annual sales of €860 million – 21 per cent of its total healthcare annual sales of €6.9 billion.

US drug giant Pfizer is also mulling to put its consumer business on the block and analysts opine that a sale may fetch around $14 billion.