While saying that India has the potential to become the biggest car manufacturer in the world, Maruti Suzuki, the country's largest carmaker, today expressed the hope that factors adversely affecting competitiveness of manufacturing will be addressed quickly in line with Prime Minister Narendra Modi's call to make India a manufacturing hub. 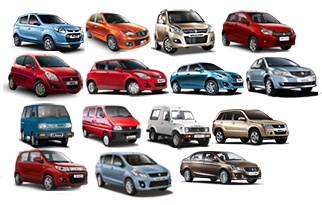 "Costs of production in India increase because of various government policies, procedures, regulations and the way some of the laws are implemented," said Kenichi Ayukawa, managing director and CEO, Maruti Suzuki India Ltd, at the 'Make in India' campaign launch in New Delhi.

Pointing out that India is not the easiest country to do business in, he said, "We are fully confident that, under the Make in India programme of the Prime Minister, factors that adversely affect the competitiveness of manufacturing will now be removed quickly."

He said Maruti Suzuki was amongst the very first multinational companies to start a major manufacturing operation in India in 1983.

"Over 30 years ago, Osamu Suzuki, chairman, Suzuki Motor Corp, recognised the potential of India, both as a market and as a country where high quality manufacturing was possible," he said.

He added that Maruti Suzuki is the most successful venture of Suzuki group, as the cars they make in India are lower in cost than similar products made by the company in other parts of the world.

This has enabled Maruti to start exporting cars in 1986 to several countries, including Western Europe. Suzuki Japan made India its manufacturing hub for compact car Zen in 1994 for export to European countries.