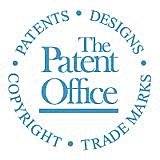 The American pharmaceutical sector has been the biggest critic of Indian IPR laws, alleging that they discriminate against US companies and violate global norms.

"Maruti Suzuki India firmly believes that the patent law in India is very strong; especially the changes that happened after the TRIPS agreement have made Indian patent law at par with the international standards," the company said in its views submitted to the commerce ministry.

"Many recent judgments have proved that strong patent law not only secures the rights of patentee, but also ensures genuine public need. The IPR law in India provides transparent system of securing and enforcing the patent rights," Maruti said.

It further said that the Indian government grants patents to encourage inventions. "We have not observed any violation of our IP rights and our rights are fully secured under Indian IP laws," it added.

The company, however, said that "further betterment in the processes would always help stakeholders and the awareness to enforcement agencies for proper execution of laws".

Maruti Suzuki has one of the biggest automobile R&D set-ups in India, where it develops technologies and files IPR for them. Earlier, US defence major Honeywell, civil aviation firm Boeing and drug firm Abbott had come out strongly in support of India's IPR regulations.

These comments come against a backdrop of US industry and trade lobbies putting pressure on their government to place India under the Priority Foreign Country list for IPR.

Under the US Trade Act, a Priority Foreign Country is the worst classification given to those that deny adequate and effective protection of IPR or fair and equitable market access to US entities, relying on IPR protection.

The US Trade Representative (USTR) in its Special 301 report had kept India out of the Priority list and had said that it would hold discussions with the next government in New Delhi on enforcement and protection of IPRs.

However, the US has said that they would do an 'out-of-cycle' review of India's IPR regime. The US industry had raised the matter of India's rejection of patents for Bristol-Myers Squibb's Sprycel and Novartis AG's Glivec.