Amid continuing labour unrest, Maruti Suzuki India said today it would suspend production at both its car-making units in Haryana tomorrow. 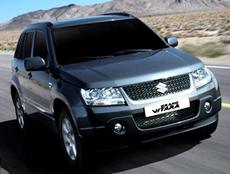 One plant is located at Gurgaon and the other at nearby Manesar.

The anti-management agitation at Manesar that was on the back-burner since a 13-day strike in June again reached boiling point on 29 August, when a fresh dispute ignited. The unrest today spread to other plants of Suzuki Motor Corp, including a power-train unit, a castings factory, and two-wheeler company Suzuki Motorcyle India in the Gurgaon-Manesar automotive belt.

Meanwhile the state government continued its efforts to mediate an amicable settlement. Haryana minister for labour and employment Shiv Charan Lal Sharma said earlier in the day that he would hold fresh talks with the workers and the management at Manesar, even expressing the hope that the standoff would end tomorrow.

''The workers should realise that if such unrest continues in Haryana, the Japanese company, which is creating a lot of jobs in the state, will simply move its production to some other state,'' he said.