Maruti workers call off stir after CM brokers a pact

The 13-day strike at Maruti Suzuki's Manesar plant in Haryana was called off late Thursday night after the management agreed to take back all the 11 sacked employees, and also take a lenient approach in enforcing the no-work-no-pay rule. 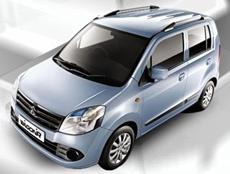 After deal brokered by Haryana chief minister Bhupinder Singh Hooda between the workers and the management, state labour secretary Sarban Singh said today, "An agreement has been signed and workers have decided to call off the strike. They will resume work from tomorrow.''

Eleven employees were sacked in a disciplinary action on 6 June two days after the strike began, for inciting others to go on strike. The management had earlier agreed to take back six of them, but was so far adamant on the other five.

A striking worker said, "We have just heard that all our demands are met. The 11 terminated workers are taken back. We will start work from Saturday after taking a day's rest on Friday."

While the management has taken back the sacked workers, another core demand of the striking employees- a second union for the Manesar plant - has not been accepted. A Maruti spokesman said the company would not recognise a new union, but would look into forming an individual body at the plant. A decision on this has not been made yet and the details are still being discussed, he said.

About 800 workers went on strike on 4 June demanding recognition of a new union, Maruti Suzuki Employees Union (MSEU), formed by those working at the Manesar plant. Currently, the company has one recognised union - Maruti Udyog Kamgar Union - which is dominated by workers at its Gurgaon plant.