Anand Mahindra to step down as chairman of Mahindra & Mahindra

Mahindra & Mahindra Ltd (M&M)’s governance, nomination and remuneration committee (GNRC) undertook a board and senior management restructuring, following which Anand Mahindra will transition to the role of non-executive chairman from executive chairman, effective 1 April 2020, the company said in a filing with the stock exchanges today. 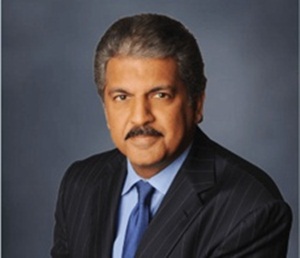 Over the next fifteen months, a number of key leaders at Mahindra & Mahindra Ltd will be retiring. The GNRC completed a structured and rigorous review of top management succession over the past one year, which has now been ratified by the board, M&M stated in its filing.
"On the recommendations of the governance, nomination and remuneration committee, the board of directors of the company, at its meeting held on December 20, 2019, has considered and approved the transition of Anand Mahindra, executive chairman to the role of non-executive chairman with effect from April 1, 2020 and his re-designation as a non-executive chairman of the company with effect from April 1, 2020, in line with the requirement of Regulation 17(1B) of the Listing Regulations," according to the filing.
Pawan Kumar Goenka has been re-appointed managing director at M&M, with additional responsibilities as the new chief executive officer (CEO) for a year, effective 1 April 2020. The new position of CEO is aimed at achieving synergies with Ford Motors following their agreement to form a joint venture to take electric mobility plans ahead.
Anish Shah, current group president-strategy at M&M, would replace Goenka, who will retire after his term ends on 1 April 2021. Shah, who also takes over the role of chief financial officer (CFO) from 1 April 2020 for a year, replacing VS Parthasarathy, the current CFO, will be appointed MD and CEO at M&M for a period of 4 years beginning April 2021. His term will end on 31 March 2025.
Shah has also been appointed the whole time director of the company and will take over the role of deputy managing director and group CFO from the beginning of next fiscal for a year.
Parthasarathy will move to a new undisclosed role from 1 April 2020.
Rajesh Jejurikar, current president – farm equipment sector at M&M, has been appointed executive director for automotive and farm sectors for a period of four years, effective 1 April 2020.
Rajeev Dubey, group president (HR and Corporate Services) and CEO (After-Market Sector), will retire on 1 April 2020 on reaching the age of superannuation. He will continue to be associated with the group in a non-executive and advisory capacity.
Ruzbeh Irani will head group HR and Communications, which includes CSR, Ethics and CIS. Both Parthasarathy and Ruzbeh will report to Anish Shah.
Announcing these changes, Anand Mahindra (chairman, Mahindra Group) said, “This plan reflects M&M’s depth of management talent and will ensure continuity in terms of culture, values, governance and operational effectiveness. In my new role, I see myself as the conscience keeper of the Mahindra Group, as the custodian of its values and the watchdog of the interests of its shareholders. Internal audit will continue to report to me. I will continue to exercise oversight through the Board”.
Speaking on behalf of the governance, Nomination and Remuneration Committee (GNRC) of the Board of Directors of M&M Ltd, M M Murugappan (GNRC chairman) said, “The GNRC interviewed internal candidates and also considered the prospect of external candidates. This thorough and rigorous process reflects the highest standards of corporate governance. We are confident that the new leadership team is well equipped to perpetuate the Mahindra Rise culture and values while ensuring rapid and profitable growth”.
There will be further changes, both at the group corporate office and auto and farm sectors. These changes will be announced on 23 December 2019, M&M added.
MORE REPORTS