Mahindra and Mahindra (M&M) is recalling its new generation Scorpio and NuvoSport SUVs in India to fix a faulty fuel pipe. 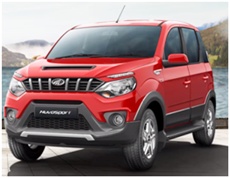 The recall comes just a month after M&M recalled the Rexton SUV sold under SsangYong brand in India  for a potential fault with the rear driveshaft.

The carmaker did not give numbers to its latest recall, but said that it is recalling Scorpio and NuvoSport SUVs manufactured until 2016.

M&M said that it will  check the placement of the fluid hose under the hood of both the Scorpio and the NuvoSport - manufactured until June 2016 and rectify any fault free of cost.

"As an endeavour to ensure a hassle free experience for its customers, the company is proactively carrying out this activity. This action is also in compliance with SIAM's (Society of Indian Automobile Manufacturers) voluntary code on vehicle recall," M&M said in a statement to the stock exchange.