After carmakers in the Open Automotive Alliance of the OAA, announced their plans for Android Auto, Hyundai and Chevrolet were quick to bring the system in their cars just ahead of Google I/O last week. 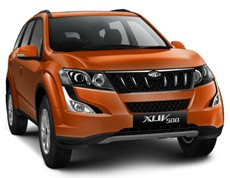 Now, Indian SUV maker Mahindra & Mahindra has announced plans to follow suit with the service in their SUVs including the XUV500 and the Scorpio.

"Going forward, after successful integration, we will be offering Android Auto in our flagship models of XUV 500 and the Scorpio as well as on our future platforms,'' said Pravin Shah, president and chief executive (Automotive), Mahindra & Mahindra, in a statement.

There is no word from the company as to when the XUV500 and the Scorpio would feature Android Auto in their cars that are being sold.

With Android Auto, users are able to use Google Maps for navigation, as also make calls through the cars' speaker system from their phone. Additionally, it allows streaming of music straight from the phone through the cars' stereo as well.

The technology links smart phones and tablets with an in-vehicle infotainment system.

Android Auto, an extension of Google's smartphone operating system, would make driving safer and easier by letting drivers access applications such as maps through voice command or with the use of local controls on the steering wheel according to commentators.

The company, part of the $17-billion Mahindra Group, further added that it had become a member of the Open Automotive Alliance (OAA), a global group of automakers and technology companies working to bringing the Android platform to cars.

The alliance includes carmakers like Ford Motor Co, Honda Motor Co, Renault SA and Volkswagen AG and tech companies like Google, Delphi and LG among others.