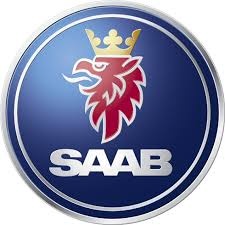 NEVS, an investment group, bought the assets of SAAB two years ago from Spyker, a Dutch supercar maker, which in turn brought SAAB from GM.

NEVS is currently under the process of reorganising the firm, and was earlier scheduled to conclude it by 29 November 2014. But the firm has since sought an extension of time to complete the process.

According to reports, NEVS is talking to two Asian OEM manufacturers to step-in as the major stakeholder, including Mahindra & Mahindra, which has already agreed to buy controlling stakes in the company while final decision is set to be out in February.

Chinese car maker Dongfeng was also in the race, according to previous reports.

However, NEVS had ran into financial difficulties on its own, putting the company again in bankruptcy on 28 August 2014.

"Two decades of bad management and mediocre products under GM ownership, a bankruptcy in the hands of next owner Spyker and yet another one by NEVS, pretty sums up the long, sad story that is Saab," reported auto journal carscoop.com on the Swedish auto maker's history of travails.

In a petition filed before a court by one of the creditors of NEVS, Mahindra was named as the auto maker about to take a stake in the Swedish company, the report said.

In a disclosure to the court last week, NEVS said talks with potential investors were close to completion. In its court filing, NEVS said it is in negotiations with an Asian original equipment maker, which plans to step in as majority owner in the company, the report said.

Mahindra had previously informed the Bombay Stock Exchange that it examines or pursues "various opportunities in different areas, from time to time on a continuing basis and can't comment upon every opportunity at every stage."

Mahindra could benefit from the Swedish company's engine design and technology as in the case of a similar arrangement it has with Peugeot on two wheelers, where it acquired a 51 per cent stake.