Mumbai: Reports in the media indicate that utility vehicles major Mahindra and Mahindra (M&M) could possibly be mulling an exit from its tripartite joint venture with Renault and Nissan, under which it manufactures and markets Renault's Logan sedan for the Indian market.

CNBC-TV18 reported that sources have informed it that Mahindra & Mahindra may pull out of the Renault-Nissan and M&M joint plant in Chennai, to focus on the Chakan plant for production. It reported the sources saying that Renault-Nissan would now co-own the Chennai plant under a 50-50 partnership, with Renault independently continuing the joint production of the Logan at the Nasik plant. 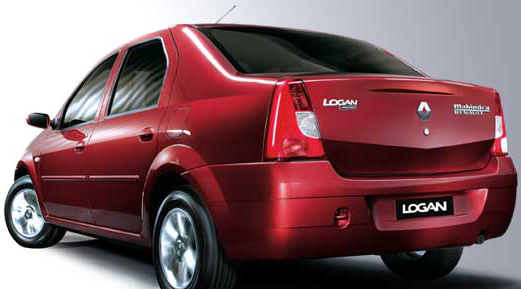 The business news channel also reported that the three joint venture partners had committed Rs4,000 crore for this joint venture, with M&M as the largest share holder with 50 per cent. It reports that the new arrangement, minus M&M, will see a 50-50 relationship between Renault and Nissan, with both investing around Rs2000 crore each. The facility was scheduled to be commissioned in 2009, and was also to manufacture power trains for Renault and Nissan.

The Economic Times reported that M&M has chosen to exit the joint venture, as it was unhappy with the other two partners forming multiple partnerships in India for different ventures. Added to that was the fact that Renault chose to partner with Bajaj Auto for its small car project, despite the fact that the partners have an existing joint venture to produce the mid-sized sedan Logan in India. Nissan too has an agreement with Ashok Leyland for three separate joint ventures pertaining to light commercial vehicle manufacturing in India.

Both publications said that their attempts to contact people at all the aforementioned companies were in vain.