Hewlett Packard Enterprise in talks to sell its software unit 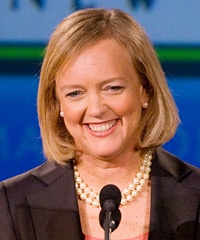 Hewlett Packard Enterprise Co (HPE) has put for sale its software unit, which could be valued between $8 billion and $10 billion.

HPE is one of the two companies that were created by the breakup of Hewlett-Packard Co last November - one focused on PCs and Printers and the other on corporate hardware, software and services. (See: Hewlett-Packard to split corporate hardware and PC and printer businesses) HPE, based in Palo Alto, California, has hired Goldman Sachs Group to manage the sale process and has received offers of $7.5 billion from private equity firms that include Vista Equity Partners Management, Carlyle Group, Thoma Bravo, and TPG Capital, Reuters yesterday reported, citing people familiar with the matter.

HPE is now in talks Thoma Bravo since it has made the highest offer for its software unit, which includes HPE's Vertica, a data analytics platform, ArcSight, a cyber security firm as well as products for IT operations management, the report said.

The sale of HPE's entire software division to Thoma Bravo, which already owns software companies would be easier since it controls Dynatrace and Compuware Corp, which could produce cost savings and efficiencies if combined with some of HPE's software assets, the report added.

A successful deal would bring an end to HP's ill-fated 2011 acquisition of British software maker Autonomy Corp for $11 billion.

In May 2016, the company agreed to sell its Enterprise Services division to its competitor, Computer Sciences Corporation in a deal valued at $8.5 billion

HPE's software division generated revenues of $3.6 billion in 2015, down from $3.9 billion in 2014, and Meg Whitman, after cutting jobs, wants to focus the company on servers, storage, networking and related technology.