GE to sell biopharma business to Danaher for $21.4 billion

General Electric has agreed to sell its biopharma business to Danaher Corp for $21.4 billion in the biggest change of strategy after Lawrence Culp took over as chief executive of the industrial conglomerate in September last year. 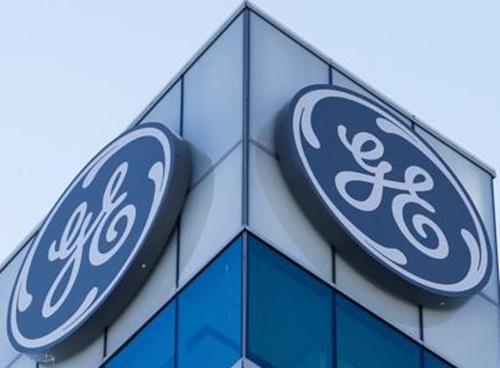 GE, which rejected an approach by Danaher for the business a year ago, said its stance changed after Culp was appointed CEO and GE board became more open to a deal, reports citing close to the negotiations said.
Under the deal, GE will receive a total consideration of $21.4 billion, including $21 billion in cash as well as Danaher’s assumption of certain pension liabilities. GE will get some $20 billion in net proceeds, which it will use to pare debt, which stood at $121 billion at the end of December.
GE expects to use the proceeds from the transaction to reduce leverage and strengthen its balance sheet. The transaction is expected to close in the fourth quarter of 2019, subject to regulatory approvals and customary closing conditions.
“Today’s transaction is a pivotal milestone. It demonstrates that we are executing on our strategy by taking thoughtful and deliberate action to reduce leverage and strengthen our balance sheet. We are retaining full flexibility for growth and strategic optionality with one of the world’s leading healthcare companies, and we are pleased that our biopharma colleagues will join a strong, established team at Danaher,” GE chairman and CEO H Lawrence Culp, Jr said.
“GE Healthcare has unsurpassed scale and scope and we will continue to focus on our investments so that we deliver better outcomes and more capacity to a world striving for precision health,” GE Healthcare president and CEO Kieran Murphy said.
The bioPharma business being divested is part of GE Life Sciences. In 2018, the biopharma business generated revenues of approximately $3 billion. It is a leading provider of instruments, consumables and software that support the research, discovery, process development and manufacturing workflows of biopharmaceutical drugs. The business comprises process chromatography hardware and consumables, cell culture media, single use technologies, development instrumentation and consumables, and service.
Pharmaceutical Diagnostics, currently part of GE Life Sciences, will remain within the GE Healthcare portfolio. This business supplies contrast media and molecular imaging consumables for radiology customers around the world and is highly complementary to GE Healthcare’s medical imaging business. GE’s pharmaceutical imaging agents are used in approximately 90 million patient procedures each year.
GE Healthcare has a global installed base of more than 4 million imaging, mobile diagnostic and monitoring units. In 2018 this business, excluding biopharma, generated approximately $17 billion of revenue with mid-teens operating profit margins. The business is a leader in imaging, monitoring and diagnostics, and also provides services, accessories, consumables, education, training and consulting.
The transaction is not subject to a financing condition or a shareholder vote.
PJT Partners LP, JP Morgan Securities LLC, Citigroup Global Markets Inc and Goldman Sachs acted as financial advisors and Paul, Weiss, Rifkind, Wharton & Garrison LLP acted as legal advisor to GE on the transaction.
GE also today announced the completion of the spin-off and subsequent merger of its transportation business with Wabtec Corporation.
Under the previously disclosed terms of the transaction, GE distributed all 8.7 billion shares of common stock of Transportation Systems Holdings Inc with respect to the shares of GE common stock outstanding as of the close of business on 17 February 2019 by means of a pro rata distribution, and SpinCo and a subsidiary of Wabtec then merged.
In the transaction, GE received approximately $2.9 billion in cash as well as shares of Wabtec common stock and Wabtec non-voting convertible preferred stock that, together, represent an approximately 24.9 per cent ownership interest in Wabtec.
MORE REPORTS