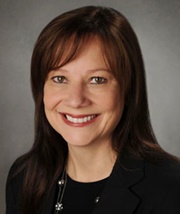 The delayed recall by General Motors that led to the death of 13 people resulted from the misconduct of about 20 employees and "a pattern of incompetence and neglect" throughout the company, an internal probe released on Thursday revealed.

According to GM chief executive officer Mary Barra 15 employees had been dismissed and five more had been disciplined following the completion of the three-month probe by former federal prosecutor Anton Valukas.

She added a number of them were dismissed due to misconduct or incompetence, while others simply failed to do anything to fix the problem. The names of the people were not disclosed.

Barra, a GM veteran who became CEO in January, said the report left her deeply saddened and disturbed.

Reuters quoted Barra as saying it represented a fundamental failure to meet the basic needs of these customers. She said the company failed the customers.

According to Barra, the report found that the inability of GM's personnel to address the ignition switch problem, which persisted for over 11 years represented a history of failures.

She added, while everybody who was engaged on the ignition switch issue had the responsibility to fix the problem nobody took responsibility.

Barra said without naming individuals, that over  half of them had been in senior or executive roles.

GM officials said that the number of fatalities related to the part defect might rise adding that Kenneth Feinberg, who was looking into victim compensation, would determine that number.

According to a Reuters report Monday which was based on an analysis of government data, at least 74 people had died in crashes similar to those GM had linked to the faulty switches (See: GM sticks to lower fatality numbers from ignition switch problems).

The failure of the automaker to announce recalls earlier had been one of the key issues that that the GM investigation as also probes by the US Congress, Department of Justice and other federal and state agencies had focused on, according to Reuters.

However, the move, seen as sparing top executives from blame, drew some sharp criticism.

The defective ignition switches that were cheap to fix were installed in GM models such as the Saturn Ion and Chevrolet Cobalt. The switches could unexpectedly turn from the ''on'' position to the ''accessory'' position causing stalling of engines, failure of air bags during crashes and power steering and brakes to malfunction.

The problem had led to the company recalling 2.6 million cars and the recall coupled with others announced by GM this year, had cost the company about $1.7 billion so far.

However, despite the negative publicity in recent months, GM logged robust sales.