More reports on: In the news, Google 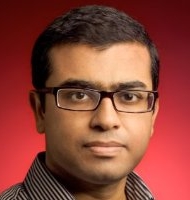 In this role, Chatterjee will be responsible for all consumer experience across desktop and mobile and will report to Punit Soni, Flipkart's chief product officer.

Chatterjee, who has 33 US patents to his name, most recently was the global head of mobile search advertising and adsense for search at Google.

In May, Flipkart's chief financial officer Sanjay Baweja had told Reuters that the firm would remain private for the next three years at least, nixing speculation that it would launch an IPO this year in which some bankers had expected to raise a record $5 billion (Rs32,765 crore).