JSW Steel Ltd, which is bidding for debt-ridden Essar Steel Ltd in alliance with Numetal Mauritius, said it would invest in the step down subsidiary of Numetal Mauritius and sell some of the stake to a private equity partner if it wins the auction. 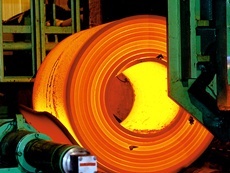 Seshagiri Rao, joint MD and group CFO of JSW Steel, said if its resolution plan for Essar Steel is approved by the committee of creditors, JSW Steel will invest in the step-down subsidiary of Numetal Mauritius.
“If the court decides lenders can go on with the second round of bidding (in Essar Steel) and Numetal becomes a successful bidder, we’ll see what can be done in the later stage, whether we bring in another investor,” Seshagiri Rao, joint managing director and group chief financial officer, JSW Steel, said in an interview.
JSW Steel could not enter the bidding process as a standalone bidder because it did not originally offer an expression of interest (EoI).
The announcement comes ahead of a possible order by the Ahmedabad bench of the National Company Law Tribunal (NCLT) on the eligibility of ArcelorMittal and Numetal, after both bids were rejected in the first round of bidding for the debt-laden Essar Steel.
The bench will announce its order on pleas from ArcelorMittal and Numetal, both of whom had requested that their bids for Essar Steel be reconsidered.
The resolution professions overseeing the auction had termed both companies ineligible for bidding in the auction since both companies were connected to bankrupt entities as promoters.
The two sides have submitted bids in the second round of bidding. However, the opening of bids has been deferred till the NCLT bench decides on their plea.
But proceedings have been almost overshadowed in the last few days by the public spat between ArcelorMIttal and JSW Steel, which is an investor in Numetal's Indian arm.
ArcelorMittal’s bid for Essar Steel was rejected because of its status as promoter of bankrupt Uttam Galva Steel. The steel major, however, argued that the circumstances around its bid for Essar Steel is similar to that of JSW Steel in the its Monnet Ispat bid.
But while its bid has been turned down (because of its investment in Uttam Galva, a defaulter), JSW Steel has bagged Monnet Ispat, which was referred to the NCLT last year.
ArcelorMittal sources also alleged that Sajjan Jindal's sister Seema Jajodia was a promoter in Monnet Ispat, which made Jindal a ‘connected person.’ Seema was married to Sandeep Jajodia, promoter of Monnet Ispat.
The Insolvency and Bankruptcy Code (IBC) prevents promoters of defaulting companies from bidding for stressed assets. It also debars ‘connected persons.’
Seema later transferred her shares in the company as a gift, and made an announcement through a BSE filing that she be excluded as promoter of Monnet Ispat. ArcelorMittal, however, argues that since she was a signatory to the memorandum while setting up of the company, the announcement is irrelevant.
Officials at JSW Steel said that the two cases are different as the company hadn't invested in Monnet Ispat. "On the other hand, ArcelorMittal had invested in Uttam Galva. Also, it didn't get permission from the lenders - as was agreed to when a loan was granted - to exit Uttam Galva," sources close to JSW Steel stated.
A spokesperson from ArcelorMittal refuted the allegation, stating: "The Non-Disposal Undertaking was a tool to ensure that the 51% block would be maintained between the Miglanis and ArcelorMittal. That was clearly maintained when we sold our shareholding to the Miglanis."
All eyes are now set on the NCLT, although its order may not be the final word in this matter.
MORE REPORTS