Residents in Ohio and West Virginia suffering from cancer and other diseases have filed law suits against chemical giant DuPont, alleging the company knowingly contaminated drinking-water supplies with a chemical used by one of its plants. 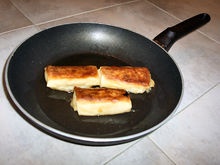 The chemical, perfluorooctanoic acid, also known as C8, which is believed to cause kidney cancer, testicular cancer and thyroid disease, among others, is used by DuPont for making Teflon, the popular coating material for utensils, clothing and other products.

A court-appointed science panel had earlier found probable links between exposure to perfluorooctanoic acid and kidney cancer, testicular cancer and thyroid disease, among others.

The lawsuits, filed on 8 October and this week are among about 50 such cases, including one alleging wrongful death, filed against DuPont since April.

Wilmington, Del-based DuPont uses C8, a key ingredient in Teflon, at its plant near Parkersburg, West Virginia, on the Ohio line. The company says it planned to stop making and using the chemical by 2015.

DuPont and residents of the Mid-Ohio Valley, in the heart of Appalachia along the Ohio River have been in an year-long litigation over water pollution.

About 80,000 area residents filed a class-action lawsuit against the company in 2001, resulting in DuPont paying around $343 million for residents' medical tests.

"These are folks who've been waiting many, many years to be able to pursue these claims," said Rob Bilott, a Cincinnati attorney who has been working on the case for more than 15 years and represents the Mid-Ohio Valley residents. "Our goal is to be able to get these resolved for them and move forward as quickly as we can."

DuPont spokesman Dan Turner, said in a written statement that the company is paying for the medical study of C8 and is funding a medical monitoring programme for residents exposed to the chemical.

"Lawsuits such as these ignore family history, lifestyle choices and other causes of health issues and disease in specific individuals," Turner said. "DuPont will vigorously defend against any and all such lawsuits not based upon valid science."

A federal judge in Columbus is hearing the now consolidated 50-odd lawsuits in Ohio and West Virginia, which seek unspecified damages. The first trial is set for September 2015.

The lawsuits accuse the company of negligence, concealment, fraud, deception, battery and the "negligent, intentional and reckless infliction of emotional distress and outrage."

According to the lawsuits, DuPont's own research had concluded by as far back as in 1961 that C8 was toxic and it conducted studies in the 1980s showing higher-than-normal birth defects among babies born to its female employees.

DuPont, the lawsuits allege, is recklessly, maliciously and knowingly ignoring the risks of releasing C8 into the air and groundwater through its production practices.