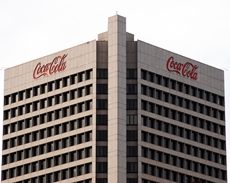 The move comes after AB InBev closed its $104-billion acquisition of SABMiller Plc on Friday, one of the largest-ever mergers in corporate history.

In 2014, SABMiller and Coca-Cola merged their soft drinks bottling operations in South and East Africa with and Gutsche Family Investments (GFI) to create Coca-Cola Beverages Africa (CCBA) with $2.9 billion in revenue across 12 fast-growing markets.

CCBA, which is based in South Africa and distributes about 40-per cent of Coke's volumes in the continent, is 57-per cent owned by SABMiller, 31.7-per cent by GFI, with Coca-Cola Co holding the remaining 11.3 per cent.

Coca-Cola had retained the right to buy SABMiller's stake in the event of a change of control of the joint venture.

Coke said that it would negotiate terms of the deal with AB InBev in the coming months and continue talks with potential partners to refranchize CCBA.

With over 30 bottling plants, CCBA is the largest bottler in Africa and serves 12 high-growth countries accounting for approximately 40 per cent of all Coca-Cola beverage volumes in Africa.

SABMiller's stake in CCBA is estimated to be worth about $4 billion, according to analysts at Sanford C. Bernstein.