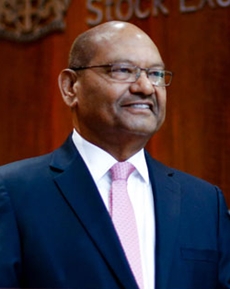 After nearly a year of dilly-dallying, shareholders of Cairn India voted in favour of the merger, with 92.86 per cent of votes favouring merger.

Financial institutions, including Life Insurance Corporation of India (LIC) holding about 12.63 per cent of Cairn India shares did not vote at the shareholders meet on Monday.

The merger will give Vedanta access to Cairn India's $3.5 billion cash pile and potentially help it repay debt and reduce interest costs.

As per the merger plan, each share of Cairn India will be exchanged for one common equity share and four redeemable preference shares (of Rs10 face value) of Vedanta. The preference shares offer assured returns of 7.5 per cent annual interest.

The redeemable preference shares, with a tenure of 18 months, offer assured dividend of 7.5 per cent per annum payable annually at the end of each financial year.

The preference shares are redeemable at face value of Rs10 per share for cash at the end of the tenure. Vedanta said it would arrange for a third party facility enabling a cash exit for preference shareholders at par within 30 days from issuance

Approximately 752 million each of equity shares and redeemable preference shares will be issued to the minority shareholders of Cairn India by Vedanta Limited pursuant to the merger.

On completion of the transaction, Vedanta plc ownership in Vedanta Limited is expected to decrease to 50.1 per cent from its current 62.9 per cent shareholding.

The Transaction is conditional on Vedanta Limited, Cairn India and Vedanta plc shareholder approvals, as well as Indian High Court, stock exchange and other customary approvals.

The transaction is expected to be tax-neutral for Vedanta Limited, Cairn India and their shareholders under Indian law.

Vedanta said it would further consider consolidation of some of its wholly owned foreign subsidiaries.

Cairn India is one of the largest independent oil & gas exploration and production companies in India. It operates 27 per cent of India's domestic crude oil production and to date has opened four frontier basins with numerous discoveries. Cairn India has a portfolio of nine blocks - one block in Rajasthan, which contains multiple assets, two on the west coast and four on the east coast of India and one each in Sri Lanka and South Africa.

It currently produces oil and gas from Rajasthan, Ravva and Cambay.

It is listed on the BSE and NSE in India.