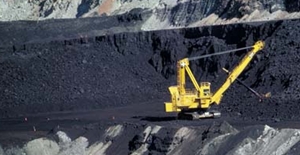 CIL accounts for more than 80 per cent of coal supplied in the country.

The CCI has held that CIL through its subsidiaries operates independently of market forces and enjoys undisputed dominance in the relevant market of production and supply of non-coking coal in India.

The CCCI inter alia also held that CIL and its subsidiaries are in contravention of the provisions of the Competition Act, 2002 for imposing unfair/ discriminatory conditions in fuel supply agreements (FSAs) with the power producers for supply of non-coking coal.

CCI issued a cease and desist order against CIL and its subsidiaries and directed it to modify the FSAs in light of the findings and observations recorded in the order.

The impugned clauses related to sampling and testing procedure, charging transportation and other expenses for supply of ungraded coal from the buyers, capping compensation for supply of stones etc.

Further, CII has directed CIL to consult all the stakeholders for effecting modifications in the agreements.

CIL has also been directed to ensure parity between old and new power producers as well as between private and PSU power producers, as far as practicable.