State-run Coal India Ltd (CIL) is setting up a subsidiary in South Africa in its bid to acquire coalmines abroad to bridge domestic supply shortfall of the fuel. 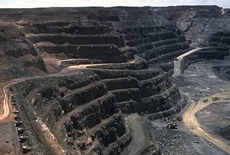 CIL has now invited expressions of interest for appointing consultants for helping it set up a wholly owned subsidiary in South Africa.

''Coal India intends to select South Africa based consultant(s) to assist its venture of formation of a wholly-owned subsidiary company,'' CIL said in the bids document.

The move comes in the wake of CIL signing an agreement with the government of Limpopo, South Africa, for jointly identifying, exploring and developing coalmines.

CIL has sought EoIs from South Africa-based consultants with relevant experience in the formation of wholly owned subsidies.

The EoI, which opened today, would close on 29 August, the company said.