Cisco in deal to buy Starent Networks for $2.9 billion 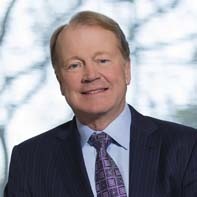 Under the terms of the agreement, Cisco will pay $35 per share in cash in exchange for each share of Starent Networks, a leading supplier of IP-based mobile infrastructure solutions targeting mobile and converged carriers, and also assume outstanding equity awards.

This represents a 21 per cent premium to Starent's closing stock price of $29.03 Monday on the Nasdaq Stock Market.

The acquisition, expected to close during the first half of calendar year 2010, has been approved by the boards of directors of both companies.

The mobile internet is at an inflection point as IP-enabled smartphones and other connected mobile devices gain rapid acceptance, Cisco said in a statement announcing the deal.

According to the Cisco Visual Networking Index, service providers have been actively investing in this market as global mobile data traffic is expected to more than double every year through 2013.

"We are very pleased that Starent Networks will be joining the Cisco team, and we believe their products and engineering talent will greatly benefit our service provider customers as they build out their mobile internet offerings," said John Chambers, chairman and chief executive officer of Cisco. 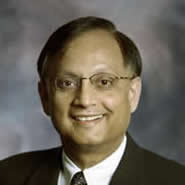 "Cisco and Starent Networks share a common vision and bring complementary technologies designed to accelerate the transition to the mobile internet, where the network is the platform for service providers to launch, deliver and monetise the next generation of mobile multimedia applications and services," said Pankaj Patel, senior vice president/general manager, Service Provider Business. 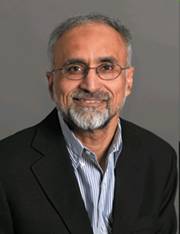 Upon completion of the transaction, Starent Networks will become the new Mobile Internet Technology Group led by Dahod, within Cisco's Service Provider Business, which is led by Patel.

Historically, telecom carriers have accounted for about 30 per cent of Cisco's revenue, which totaled $36.1 billion for its fiscal year ended in July 2009.

But Cisco was losing business to rivals such as Alcatel-Lucent of France and Huawei Technologies Co. of China because it couldn't offer wireless equipment to go along with its traditional networking gear.

Many of the industry behemoths such as International Business Machines Corp., H-P, Oracle Corp., Cisco and Dell are sitting on cash piles of more than $10 billion each.

Cisco said earlier this month it would buy Tandberg ASA of Norway for about $3 billion (See: Cisco to acquire Norway's Tandberg for $3 billion).

Xerox Corp. in September announced its decision to buy BPO service provider Affiliated Computer Services for $6.4 billion in a cash and stock deal to transform itself into a leading global enterprise for document and business process management (See: Xerox to acquire outsourcing firm ACS for $6.4 billion).

Cisco started the current quarter with $35 billion in cash, though $29 billion of that reserve was overseas and subject to taxes if used in the US.