In a long-awaited move, US oil and gas giant Chevron Corp said that the company will pull out of fuel refiner Caltex Australia for $3.6 billion, through the biggest block deal in Australian trading history. 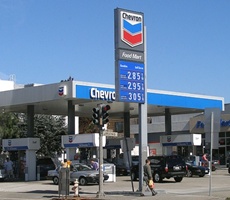 Just hours after announcing that it is quitting Caltex, Chevron made a second exit from Australia by abandoning its shale gas exploration joint venture with Beach Energy in Cooper Basin in Central Australia.

The buyers of Chevron's 50-per cent stake or 135 million shares in Caltex Australia are likely to be Australian and global institutional investors. Goldman Sachs is the sole underwriter for the transaction.

Chevron's offer price is A$34.20 ($26.80) per share which represents a 9.7-per cent discount to Caltex's closing price of A$37.88 on the Australian stock exchange (ASX) yesterday. The news came after the closing of the stock market.

Caltex shares have risen 71 per cent last year making it one of the top performers in ASX. It has further moved up 10.4 per cent since January.

According to the group's executive vice president of downstream and chemicals, Michael Wirth, the stake sale comes as part of a regular review of the group's portfolio and will generate cash that would support company's long-term priorities.

In a statement, Caltex said that Chevron's decision to sell the stake has been driven by its broader portfolio review.

''There will be no change to our ability to reliably and competitively deliver all our customer's fuel requirements. Through Ampol Singapore, Caltex retains its strong supply sourcing capability and Chevron will remain an important supplier,'' Caltex said.

The group's president of international products, downstream and chemicals, Mark Nelson said the sale would not affect the start-up of Australia's largest single-resource project, the $54-billion Gorgon liquefied natural gas (LNG) and the $30-billion Wheatstone LNG which the company is leading.

''Asia Pacific is a core strategic for Chevron's downstream business and we remain focused on ensuring our operations, portfolio and investments are well positioned to meet the region's growing demand for energy,'' Nelson said.

Oil prices have plunged by half to around $56 a barrel for Brent from their June highs adding pressure to the Australian refining industry which is struggling with aging equipment and high costs.

For the year 2014, Caltex's net profit plunged to $20 million from $530 million a year ago on account of inventory losses due to significant drop in crude oil prices in the second half of the year. However, the underlying profit, excluding inventory gains and losses and significant items was $493 million, compared to $332 million in 2013.

Global energy giants have been quitting Australian refining industry in recent times triggered by the oil price slump. Last year Royal Dutch Shell sold its refineries and gas stations for approximately $2.3 billion. British giant BP has shut down its refinery and Queensland and is in the process of selling its Australian bitumen business.

Chevron's exit from Cooper Basin shale gas venture was not unexpected, as results from the first stage of exploration drilling was unconvincing for the company and it wanted to abandon high-risk ventures.

Partner Beach Energy said in a release Chevron told it that while extensive technical evaluation confirmed a large gas resource in the Nappamerri Trough, "at this time the opportunity does not align strategically with Chevron's global exploration and development portfolio".

Chevron's equity interest in the joint venture will be returned to Beach at no cost and it has to now look for a new partner.

Beach said that it will look forward to advancing the work "at a pace consistent with prevailing market conditions".