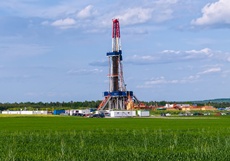 BHP Billiton said it would book a $7.2 billion writedown on the value of its US shale assets, reflecting a slump in oil and gas prices and a bleak near-term outlook.

The hefty impairment is the third after BHP entered US shale business in 2011, with an investment of $20.6 billion, including assumed debt, on two acquisitions at a time when oil and gas prices were much higher than they are now.

BHP Billiton reported a 192 per cent year-on-year increase in its after-tax profit (attributable to members of the BHP Group) to $5.89 billion while its revenues were up 24 per cent at $38.29 billion

The news about the shale business exit was welcomed by shareholders, especially those like US hedge fund Elliott Management, pressing the company to rethink its investment in oil and boost shareholder returns.

BHP Billiton's performance during the year ended 30 June 2017 has been boosted by a recovery in industrial commodities markets, which helped the miner generate more cash than in some years of the mining boom.

The company said it cut net debt by nearly $10 billion to $16.3 billion and triple its final dividend to $0.43 a share from 14 cents in the previous financial year.

The board of directors has set the record date for payment of dividend as 8 September 2017 and the payment date as 26 September 2017.

In response to calls from a number of shareholders for the disposal of the shale business it acquired at the height of the oil boom, the miner said it was "actively pursuing options to exit."

BHP has worked its way back to financial health after it took huge charges over the Samarco dam disaster in Brazil, in November 2015. Nineteen people died in the disaster, while 700 were rendered homeless. The incident sparked global outrage against the company

The multi-currency plan will be subject to a global aggregate cap of $2.5 billion and will be funded by BHP's $14.2 billion cash position. Any early repurchase of bonds under either transaction will extend BHP's average debt maturity profile and enhance the group's capital structure, a company release stated.