BHP Billiton, the worlds biggest miner, will exit the diamond mining business after selling its stake in the Ekati diamond mine in Canada and Diamonds Marketing operations to Harry Winston Diamond for $500 million. 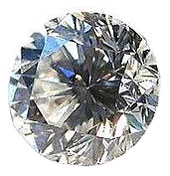 The sale of the Ekati mine,  which produces about 11 per cent of the world's diamonds by value, is part of the London and Melbourne-based company's strategy to exit the diamond mining business that accounts for around 2.5 per cent of its annual operating profit.

In November 2011, the Anglo-Australian miner had said that it would review its diamond assets and examine whether its presence in the diamond industry is consistent with its strategy of investing in expandable assets.

A month later, it sold its entire 51-per cent stake in the Chidliak exploration project in northern Canada to joint venture partner Peregrine Diamonds, for $8.7 million.

Private equity firm  Kohlberg Kravis Roberts, which had earlier shown an interest in buying Ekati, backed out from the bidding process while De Beers, the world's largest diamond miner, which was also considering to bid, pulled out fearing anti-trust issues.