German chemicals giant BASF yesterday said that it is in talks to merge its oil and gas unit, Wintershall, with DEA Deutsche Erdoel AG, the energy group spun off by RWE in 2014 and now owned by Russian billionaire Mikhail Fridman. 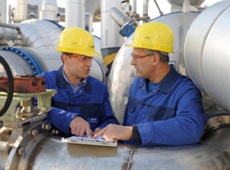 ''The outcome of the discussions is open and there is no assurance that any transaction will be consummated,'' it added.

DEA, a unit of Mikhail Fridman's Luxembourg-based investment fund LetterOne was acquired by Fridman in 2015 for €5.1 billion.

BASF's oil and gas activities are bundled in the Wintershall Group. Wintershall focuses on exploration and production in oil and gas-rich regions in Europe, North Africa, Russia, South America and the Middle East.

Together with Gazprom, the company is also active in the transport of natural gas in Europe.

Wintershall had annual sales of around €2.8 billion last year, EBITDA of around €1.6 billion and EBIT around €500 million.