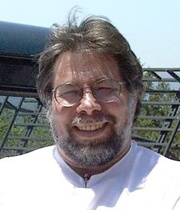 Apple co-founder Steve Wozniak believes humans would end up as pets of robots in the future, once they surpassed human intelligence and took over the world.

''We want to be the family pet and be taken care of all the time. I got this idea a few years ago and so I started feeding my dog filet steak and chicken every night because 'do unto others'.''

Wozniak had earlier said a robot-controlled future would be a scary place for people, and had predicted that robots would bring about the end of the human race.

Wozniak finished, ''[Robots will] be so smart by then that they'll know they have to keep nature, and humans are part of nature. I got over my fear that we'd be replaced by computers. They're going to help us. We're at least the gods originally.''

With his earlier objections, Wozniak had echoed the fears of the leading scientists and technologists of our age.

Elon Musk, Bill Gates and Stephen Hawking had all spoken about the dangers of allowing our world to be taken over by artificial intelligence.

Musk was concerned that the more advanced the robots got the less respect they would have for their creators.

"I am in the camp that is concerned about super intelligence. I agree with Elon Musk and some others on this, and don't understand why some people are not concerned," Wozniak said.

"First, the machines will do a lot of jobs for us and not be super intelligent. That should be positive if we manage it well. A few decades after that, though, the intelligence is strong enough to be a concern."

Wozniak is well known for making such remarks and over the past year or so, the Apple co-founder had announced that he sold his "worthless" Samsung Galaxy Gear on Ebay. He also said the iPhone 6 arrived three years too late, and revealed that the "Apple Garage" was a myth.