US rapid diagnostic testing provider Alere Inc on Friday sued Abbott Laboratories to force it to obtain US antitrust approvals required to complete its $5.8-billion acquisition of Alere. 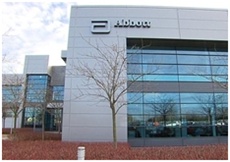 Alere, based in Waltham, Massachusetts, filed a suit in Delaware Chancery Court, saying in part that Abbott failed to "fulfill its obligations under the terms of the merger agreement."

''Alere will take all actions necessary to protect the interests of Alere shareholders, enforce Alere's rights under the merger agreement and compel Abbott to complete the transaction in accordance with its terms,'' Alere said in a statement.

Abbott spokeswoman Darcy Ross responded in a statement, "Alere's lawsuit is without merit. Abbott is compliant with its obligations under the merger agreement and continues to work toward regulatory approvals, despite Alere's nearly six-month delay in filing its 2015 10-K."

In February, Abbott agreed to buy Alere for $5.8 billion aimed at creating the world's premier point of care testing business to expand grow its presence in diagnostics. (See: Abbott to buy rapid diagnostic testing provider Alere for $5.8 bn) But Abbott has been hesitant to complete the transaction and tried to call the deal off in April by suggesting that Alere misrepresented while negotiating the merger agreement.

In April, Abbott, which is also in the process of buying medical device company St Jude Medical Inc for around $25 billion, had offered to pay Alere around $50 million as legal costs tied to the deal in order to terminate the transaction, but Alere's board rejected the offer.

After the deal was announced, the US Department of Justice served Alere two separate subpoenas based on its investigations into Alere's sales practices, and patient-billing records related to Medicare, Medicaid and Tricare.

With annual sales of $2.5 billion, Alere makes tests for infections such as HIV, tuberculosis, malaria and dengue.

Its tests, which are fast, easy-to-use and cost-effective, are focused on the areas of infectious disease, molecular, cardiometabolic and toxicology. The company has carried out more than 1.4 billion tests at the point of care in 2015.

Alere also develops simple, rapid tests, including Alere i, the first molecular CLIA-waived test for flu and strep, that provides results in under 15 minutes.

More than half of Alere's $2.5 billion in sales are generated in the US, and represents about 10 per cent of Abbott's total diagnostic sales of $4.6 billion last year.