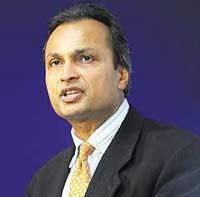 The deal will help reduce Reliance Communication's debt by Rs20,000 crore ($3 billion), or more than 40 per cent of its total debt, while Aircel's debt will fall by about Rs4,000 crore, the companies said.

As of end-March, Reliance Communications had a net debt of Rs41,362 crore, according to latest company data. Closely-held Aircel had Rs18,500 crore of debt as of 2013, according to rating agency ICRA.

"We expect this combination to create substantial long term value for shareholders of both, RCom and MCB, given the benefits of the wide-ranging spectrum portfolio and significant revenue and cost synergies," Reliance Communication's chairman Ambani said in a statement.

"The RCom-Aircel combination will create a strong operator clearly ranked amongst India's top 4 telcos by customer base and revenues, also ranking amongst the top three operators by revenues in 12 important circles," both the firms said in a joint statement.

The companies had entered into exclusive talks in December last year.