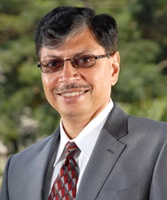 The board of Nasdaq-listed iGate Corp has sacked its president and chief executive Phaneesh Murthy following a sexual harassment case against him.

A company statement said the dismissal of Murthy follows an investigation into the ''facts and circumstances surrounding a relationship that Murthy had with a sub-ordinate employee and a claim of sexual harassment''.

''The investigation reached the finding that Murthy's failure to report this relationship violated iGate's policy, as well as Murthy's employment contract,'' it added.

This is the second time that Murthy is facing charges of sexual harassment. In 2002, he had to quit Infosys, where he was a rising force as the head of the company's global sales team based in California, when his personal secretary Reka Maximovitch accused him of sexual harassment.

The decision to sack him as iGate chief was made as a result of an investigation by outside legal counsel, engaged by the board, following the sexual harassment claim by the subordinate employee.

The investigation, which is continuing, has reached the finding that Murthy's failure to report this relationship violated iGate's policy as well as Murthy's employment contract, said the company.

The investigation has not uncovered any violation of iGate's harassment policy.

The company has appointed Gerhard Watzinger as interim president and chief executive.

"The board deliberated extensively on this matter," said Sunil Wadhwani, co-founder and co-chairman of the board of iGate. "We recognise the significant contributions Murthy has provided over the past 10 years in helping to establish iGate as a leader in the IT industry. He has worked hard to improve the value of iGate, and we greatly appreciate his efforts. However, as a result of this violation of iGate policy, we asked Murthy to step down."

Murthy will get a termination benefit of $6,000 per month, indexed for inflation, until he and his spouse reach the age of 65 or become eligible for health coverage under a government-sponsored programme, said the recent filing by the company before the Securities & Exchange Commission.

Watzinger, 52, is a 29-year IT industry veteran, who previously served as an executive at iGate from 1998 to 2003 in a number of roles, including chief executive of the iGate solutions business (formerly Mascot Systems).

During his tenure, Watzinger drove iGate solutions' transition from a US-centric operation to an international organization across four continents, closed some of the largest deals in the company's history and increased the company's market value by over 150 per cent.

"Murthy's departure was not related in any way to the company's operational or financial performance, both of which remain strong," said Ashok Trivedi, co-founder of iGate and co-chairman of the board.

"iGate will continue to focus on creating value for our customers and shareholders, while upholding the highest ethical standards in every area of our business. We are fortunate to have Gerhard Watzinger returning to iGate during this transition. Watzinger possesses deep knowledge of iGate's business and he assumes his responsibilities as our interim president and CEO with the full support of the board," he said.