Infosys Ltd, India’s second-largest software firm, reported a 13.6 per cent increase in its net profit for fiscal second quarter (July-September 2018-19) while its operating margin remained flat despite the rupee depreciation. 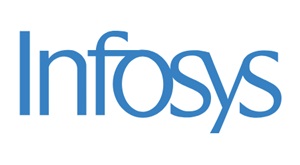 The Bengaluru-based software developer’s net profit rose 10.3 per cent year on year and by 13.6 per cent sequentially to Rs4,110 crore in the second quarter ended 30 September 2018 against Rs3,726 crore in the similar quarter of the previous fiscal, according to its stock exchange filing.
Revenues for fiscal second quarter of FY19 grew 17.3 per cent year-on-year to Rs20,609 crore and by 8.1 per cent in constant currency terms. Revenue in dollar terms increased 3.2 per cent over the previous quarter to $2,921 million.
Revenues grew 7.7 per cent sequentially in rupee terms and 4.2 per cent in constant currency terms.
Earnings before interest and taxes rose 14.7 per cent to Rs4,894 crore. Operating margin remained flat at 23.7 per cent, lower than the expected 24.4 per cent. Basic EPS during Q2 grew year-on-year by 16 per cent in rupee terms. The company declared an interim dividend of Rs7 per share.
Infosys reported over $2 billion in large deals during the quarter. The company also retained FY19 revenue guidance in constant currency terms at 6-8 per cent and operating margin guidance at 22-24 per cent.
“We are delighted with our broad-based growth across all business segments and geographies during the quarter. This is a testimony to our strong client relationships, digital led full service capabilities, and intense focus on the needs of our clients”, said Salil Parekh, CEO and MD. “Large deal wins at over $2 billion during the quarter demonstrate our increased client relevance and also give us better growth visibility for the near-term.”
Digital revenues at $905 million, which formed 31.0 per cent of total revenues, grew 33.5 per cent year-on-year and 13.5 per cent sequentially in constant currency terms.
Net profit for the first six months of the current fiscal (April-September 2018-19) rose 7.1 per cent to Rs7,721 crore from Rs7,209 crore in the similar period of the previous fiscal, while basic EPS for the period increased by 12.6 per cent to Rs17.76 per share.
Fiscal first half (April-September 2018-19) revenues grew 14.7 per cent to Rs39,737 crore (in rupee terms) and by 7.1 per cent in constant currency terms. Operating margin stood at 23.7 per cent, which is at the higher end of guidance range.
“We had another quarter of solid operating parameters with utilization being stable and offshore mix improving to all-time high”, said U B Pravin Rao, COO. “Our Digital services grew double digits sequentially, while growth in top clients was also robust.”
“Our unwavering focus on strong financial performance on multiple fronts continued to deliver results during the quarter. Operating margins for the quarter as well as for the half year was at 23.7 per cent, near the top end of our guidance band”, said MD Ranganath, CFO. “Operating Cash Flow was over $1 billion during the first half of the year and ROE was at 24.7 per4 cent. We will continue to make strategic investments in digital to leverage opportunities and at the same time keep sharp focus on key operational efficiency parameters,” he added.
The company has allotted 2,18,41,91,490 fully-paid-up equity shares of face value Rs5 each during the three months ended 30 September 2018 pursuant to a bonus issue approved by the shareholders through postal ballot.
Infosys said the bonus shares have been issued to celebrate 25th year of public listing in India and to further increase the liquidity of its shares. Bonus share equivalent to one equity share for every equity shares held, and a bonus issue, viz, a stock dividend of one American Depositary Share (ADS) for every ADS held, respectively, has been allotted. Consequently, the ratio of equity shares underlying the ADSs held by an American Depositary Receipt holder remains unchanged.
During the quarter Infosys also made significant acquisitions. On 7 September 2018, Infosys Consulting Pte Limited (a wholly owned subsidiary of Infosys
Limited) entered into a definitive agreement to acquire 60 per cent stake in Trusted Source Pte Ltd (a wholly owned subsidiary of Temasek Management Services Pte Ltd.), a Singapore-based IT services company for a total consideration of up to SGD 12 million (approximately Rs63 crore), subject to regulatory approvals and fulfillment of closing conditions.
And, on 11 October 2018, Infosys Consulting Pte Limited acquired 100 per cent of voting interests in Fluido Oy (Fluido), a Nordic-based salesforce advisor and
consulting partner in cloud consulting, implementation and training services for a total consideration of up to Euro 65 million (approximately Rs546 crore), comprising of cash consideration of Euro 45 million (approximately Rs378 crore), contingent consideration of up to Euro 12 million (approximately Rs101 crore) and retention payouts of up to Euro 8 million (approximately Rs67 crore), payable to the employees of Fluido over the next three years, subject to their continuous employment with the group.
Meanwhile, on 17 September 2018 an Arbitral Tribunal of Justice RV Raveendran (retired) communicated the decision with regard to the dispute between Infosys Ltd and its former CFO Rajiv Bansal. The company said it has received legal advice and will comply with the award and make the necessary payments.
MORE REPORTS