Infosys Ltd independent director Ravi Venkatesan, a former co-chairman of the IT firm, resigned from the board on Friday, in a move that industry watchers did not find very surprising. 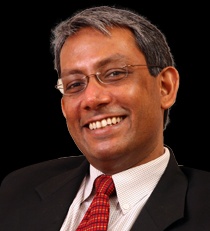 In a filing with the exchanges, Infosys said that Venkatesan, a former head of Microsoft India who joined the board in 2011, had decided to step down as the wanted “to pursue an exciting new opportunity”.
Venkatesan survived the purge last year, when Nandan Nilekani became the chairman after Vishal Sikka left as chief executive amid a cloud. At the time, four of the board members, including chairman R Seshasayee and Sikka, had resigned, and Venkatesan had stepped down as co-chairman.
Venkatesan was also part of the board’s audit committee and finance and investment committee. His resignation now is seen as part of co-founder Nandan Nilekani’s board reconstitution. Last month, Infosys elevated Kiran Mazumdar-Shaw as the lead independent director.
Many in the old board had incurred the wrath of co-founder N R Narayana Murthy for alleged lapses in governance, including in the approval of the Panaya acquisition and severance payments made to former CFO Rajiv Bansal.
Venkatesan, a former Microsoft India chairman, joined the Infosys board in 2011 and served as co-chairman between April and August last year.
“Venkatesan’s resignation is part of the clean-up of the old board,” said an unnamed brokerage firm analyst who follows Infosys closely told The Times of India.
“This is not surprising and was expected, especially since what happened in August last year,” Shriram Subramanian, founder and managing director of investor proxy firm InGovern Research Services, told Livemint and TOI.
“This is a step towards a board change and just the impact of whatever has happened around him,” Subramanian said, adding that there is a high possibility of other members such as Roopa Kudva and Punita Kumar Sinha following suit. That would leave only Biocon’s Kiran Mazumdar-Shaw and D N Prahlad as survivors of the old regime.
Some believe Venkatesan may be quitting because he was more in line with Sikka's services-plus-product strategy than with new chief executive Salil Parekh's pure services strategy.
In the note issued by Infosys to the stock exchanges, Venkatesan said, “I joined the board at a time when Infosys was beginning the complex journey of transitioning from founder-led to professional management. This was also a time of tectonic industry shifts. I am pleased that this mission has been accomplished. Infosys is strong, in good hands, and is gaining momentum. My seven years on the board have been exciting, rewarding and eventful.”
Nilekani indicated that Venkatesan is quitting to play a role in the social sector. “The board will miss his passion, strategic insights, and personal warmth, but he will always remain a friend. Ravi has been a champion for driving social impact and it is desire to do more, that led to his request for stepping off the board,” he said.
Nilekani said, “I thank Ravi for his pivotal contributions to Infosys in a period of important transitions and towards a digital-first future. This passage is one that every entrepreneurial company faces eventually and I thank Ravi for his leadership in ensuring a successful transition.”
Venkatesan was in the eye of a storm when he was appointed co-chairman with the objective of helping Sikka execute his strategy. Reports at the time suggested that Sikka was loth to have an additional person supervising his work.
Venkatesan, who is chairman of the Bank of Baroda, is also said to have been a key figure in drafting the letter from the board that accused Murthy of meddling in company affairs against all norms of corporate governance, and singled Murthy out for Sikka’s exit.
MORE REPORTS