Infosys ex-CFO Balakrishnan seeks sacking of some board members 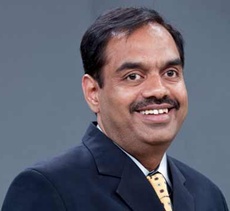 "I think the continuation of certain board members like the erstwhile co-chairman (Ravi Venkatesan) and the audit committee chairman (Roopa Kudva) looks highly untenable in light of the current development of the company filing consent agreement with SEBI over Bansal's severance payment case," Balakrishnan told PTI in Bengaluru.

In view of the current developments it is all the more important to restructure the board and fill it with people of high integrity and stature, he added.

''The scathing communication to the stock exchanges blaming Infosys co-founder N R Narayana Murthy for all of the board's lapses was ''unprecedented,'' Balakrishnan, who is known supporter of Murthy, said.

He also said that all along, the board had consistently denied any wrong-doing and in fact blamed Murthy, terming his questioning as a "misguided campaign".

Murthy has earlier accused Infosys and its board of failing in disclosure and corporate governance norms.

Balakrishnan said the Infosys board owes an apology to Murthy and should take steps to retract that statement.

"Murthy always stood for high level of corporate governance and only acted in the interest of protecting a great institution like Infosys," Balakrishnan said.

On 6 December, Infosys said it had approached SEBI with an application to settle the issues arising out of alleged disclosure lapses on the severance package paid to Bansal.

Infosys, under new chairman Nandan Nilekani, moved the application as part of its attempt to settle the issues that had cropped up during the tenure of former chief executive officer Vishal Sikka.

Murthy had first raised the issue of failure in corporate governance at Infosys soon after the company gave a huge severance pay to Bansal after the acquisition of Israeli technology firm Panaya.

The founder continued to put pressure on Infosys to come clean, including seeking the resignation of then Infosys chairman Seshasayee.