Infosys will continue to hire at last year's rate of about 6,000 engineers, which include additions in the US and Europe, over the next one to two years, a top official said, as the company sought to reassure employees that the changes at the top will not percolate into lower ranks. 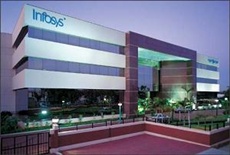 Addressing an investors' meet last week, Infosys interim-CEO and MD U B Pravin Rao said the company has ramped up its hiring process in the US and European markets as it looked to tap opportunities amidst visa curbs.

"...We continue to recruit. This year that just concluded we had a net addition of 6,000 and we expect similar kind of additions over the next 1 or 2 years, depending on the kind of growth you see in the market," Rao said.

Rao said Infosys is looking at increasing localisation of its workforce and is recruiting about 10,000 people in the next few years and setting up development and innovation hubs in the US.

Rao's assurance comes after a change of guard at the country's second-largest IT services firm that saw CEO Vishal Sikka as well as chairman R Seshasayee and three other board members quitting after a long spat with founder directors.

Founder directors like N R Narayana Murthi had accused the Sikka-led board of undermining corporate governance standards at Infosys as also lapses and irregularities in the $200-million acquisition of Israel-based cloud service company Panaya.

Co-founder Nandan Nilekani was named the non-executive chairman in a move that was seen as the company bowing to the demands of co-founders and large institutional investors.

Rao, who assumed additional charge as interim CEO and MD after Sikka's exit, however, said while the country's engineering colleges and technical institutions churn out over a million graduates every year, only 20-30 per cent of that is quality talent.

"(This is the number that) we and our competitors focus on...It is a question of doing more with less, how can one be more productive," he said while answering a query on the effect of increasing automation on jobs.

Infosys does not provide country-specific numbers for employees.

During the April-June 2017 quarter, Infosys hired 8,645 people but its overall headcount was lower by 1,811 people on a net level. This also included attrition

Reports earlier this year had pointed to massive layoffs in the IT sector, especially with US President Donald Trump implementing his 'America First' policy to promote US jobs. Reports had also cited increased hiring by Infosys and other Indian IT companies in the US in an effort to keep hold on the US market.

Infosys had, at that time, stated it planned to hire 20,000 people (gross) this year. And, despite its higher operational costs, Infosys opted to hire more in the US to avert a Trump clamp down.

Infosys had also stated that it was in favour of a healthy mix of local and global personnel.