More reports on: In the news, IT news, Management - general

Nandan Nilekani, who returned to head IT major Infosys as non-executive chairman on Friday, promised to look into the issues that had created bad blood between the board and co-founder NR Narayana Murthy and led to the exit of CEO Vishal Sikka. 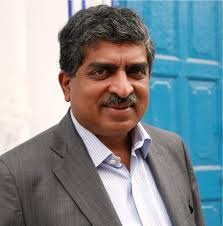 Nilekani, 62, who played a pivotal role in India's Aadhaar programme, is back at the company he quit a decade ago. Nilekani is also one of the seven co-founders of Infosys and served as its CEO from 2002-2007.

An Infosys statement said the board will continue with its earlier stated plan to identify a permanent CEO and MD.

Nilekani who has been called in to steer Infosys after chairman R Seshasayee and three other directors quit, said he wanted to put the company on "the right stable path" and "ensure there are no discordant voices in the company and everyone is on the same page".

''Nilekani is the ideal leader for Infosys at this stage in the company's development. His appointment will allow Infosys to focus on the strategic changes it needs to make in order to capitalise on the attractive opportunities in the years ahead,'' outgoing chairman R Seshasayee, who stepped down from the board, said.

''Under Nilekani, Infosys will build a cohesive management team that will no doubt take the company to a leadership position. I believe these changes will infuse further confidence to the stakeholders in executing the transition plan and in reinforcing the strategy for the future,'' he added.

Chairman Vishal Sikka, Jeffrey Lehman and John Etchemendy have also stepped down from the board, effective immediately.

''Last week I said that my remaining on the Infosys board was to primarily enable a smooth transition. In Nandan, we have found an ideal leader to manage this transition,'' Sikka said, welcoming Nilekani.

Ravi Venkatesan has stepped down as co-chairman, but will continue on the board.

The board had, on 18 August 2017, appointed Sikka as the executive vice chairman (EVC) to facilitate a smooth transition, but he declined to accept that responsibility.

This transition has been expedited with the appointment of Nilekani. Given that the EVC employment agreement with Sikka had not been executed, the board, prior to the induction of Nilekani, decided that the company will complete all resignation formalities as per Sikka's employment contract as MD and CEO as executed on 1 April 2016 and approved by the shareholders.

U B Pravin Rao will continue as interim CEO and MD.

Nilekhani, however, made it clear that he has no intention of becoming the CEO of the company, and that the future strategy of Infosys will be aligned with global developments. He also said there is tremendous opportunity in software data and machine learning.

"I will focus my attention on the future of the business and customer needs, and show demonstrable progress," he added.

Nilekani promised to offer more details of the strategy in October, saying that the focus now is on bringing "complete stability".

About the founders, he said he was an "admirer" of Murthy and "will ensure Infosys, Murthy and other founders have a healthy relationship".

"I will ensure there are no discordant voices in the company and everyone is on the same page," he asserted. "Many good practices (of corporate governance) including full disclosures and transparency, SEC filings... were spearheaded by Infosys," he pointed out.

Infosys will be a board-managed company with high standards of corporate governance, he stressed, vowing to restore its former glory. Nilekani made it clear that as the non-executive chairman, his role will be oversight, governance and functioning and to help with the CEO search that will include internal and external candidates as well as Infosys "alumni".

He emphasised that he will stay as long as necessary, but declined to put a timeline to his latest stint. Finding a new CEO soon and reconstituting the board will be parallel activities, Nilekani pointed out.